Behind the Magic Curtain

Like the 52 Thoroughbreds in need of a home, certain things tend to make the rounds on social media.

One example of this is the supposedly long lived Arabian mare Magic. 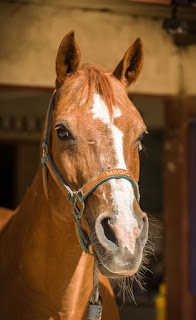 Magic has made several newspapers and is pretty routinely shared online as being the "world's oldest Polish Arabian". Her owners have shared that she was supposedly born June 15th, 1969 and died in March of 2020.

Unfortunately, this isn't the truth. A number of Arabian enthusiasts, including myself, looked into the heritage behind Magic when her owners shared her supposed registered name of Bint Suteza. 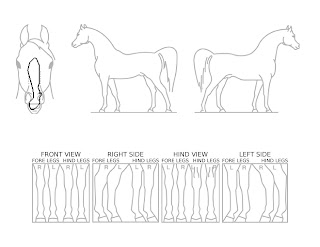 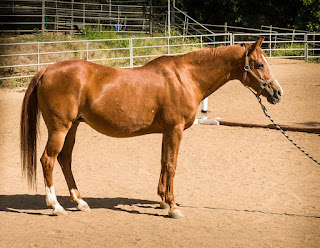 Unfortunately the papers don't match up. The Arabian drawing above is taken from the registration records of the markings of the horse and doesn't record any white leg markings. Her color is also listed as a grey mare. While occasionally colors are recorded incorrectly, Bint Suteza had a grey foal by the bay stallion Rainpool Toro. This foal was confirmed to have been grey, so the grey gene had to come from Bint Suteza. The grey gene is dominant and thus is always expressed.
So this information was presented to Magic's owners who have entirely disregarded it and have continued to promote their stable and facilities with this knowledge. 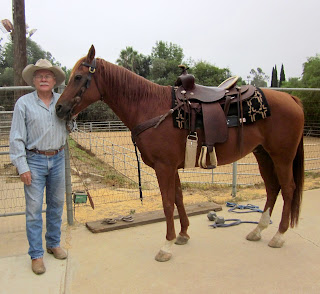 This is supposed to be Magic at 44. Anyone else think this looks like a gelding?
So when this story inevitably makes the rounds again, you can know the truth behind the Magic curtain. While she looked like a wonderful mare, she was not Bint Suteza, not Polish, and invariably the age they claimed she was.
Posted by Semi Feral Equestrian at 8:36 AM