A couple weeks ago, we went on vacation to the Dominican Republic.  My mother likes going and she wanted her kids (and their respective spouses) to come, so off we went.

We carefully scheduled and squeezed the vacation around my insane school schedule and we left the frozen tundra to a beautiful country with pretty awesome weather.

I have lots of mini-adventures from the RD, but I wanted to share my thoughts and horseback riding adventure.

My husband and I decided to do an excursion one day and went to a local adventure park of sorts.  They had spelunking, dune buggy rides, horseback riding, and so forth.  They also had a collection of mostly rare and interesting animals.  The above rare iguanas lived in a pretty big area dedicated to them.  They were pretty neat to watch.

I am often hesitant about riding in other countries.  The horses I saw in Mexico were extremely thin and in deplorable conditions.  When I went to Costa Rica, a horseback ride was included in one excursion and I refused.  The horse they wanted me to ride was extremely ill and laboring for breath while standing in his stables.

But, the pictures at this facility showed horses in reasonable weight, so we decided to take a chance.  All in all, I was quite pleased.

The facility also has some breeding stock, so we went for a short wander through the stables (which resemble more of covered mare motels, for those that are from the Southwest and know of which I talk).  The Paint stallion was in excellent condition and actually a bit overweight.  There were two mares with young foals that had plenty to eat.  All the horses in their stalls had hay, hard feed, and water.  Pretty nice considering that most feed has to be imported to the island.

We were given helmets, assigned our horses, and started out our ride in a nice fenced in sandy arena.  My husband has a buckskin named Sanjay and I had a little pinto Apache.

Both of our horses were gaited and happy to be out on the trail.  They were cleanly shod on all four and appeared to have fairly fitting tack.  My gelding even had a new Diamond wool saddle pad, which was nice to see.

The trails were rocky and tough.  A lot of the island is coral, but the horses were surefooted.  Our guide originally told us we were just going to be walking, but we did end up gaiting/trotting most of the ride.  The horses didn't really understand the nose to tail thing, so my husband sometimes rode side by side.  My gelding really wanted to be in front, but I was fine with that.  I led trail rides for years, so a little brio on the trail doesn't bother me. 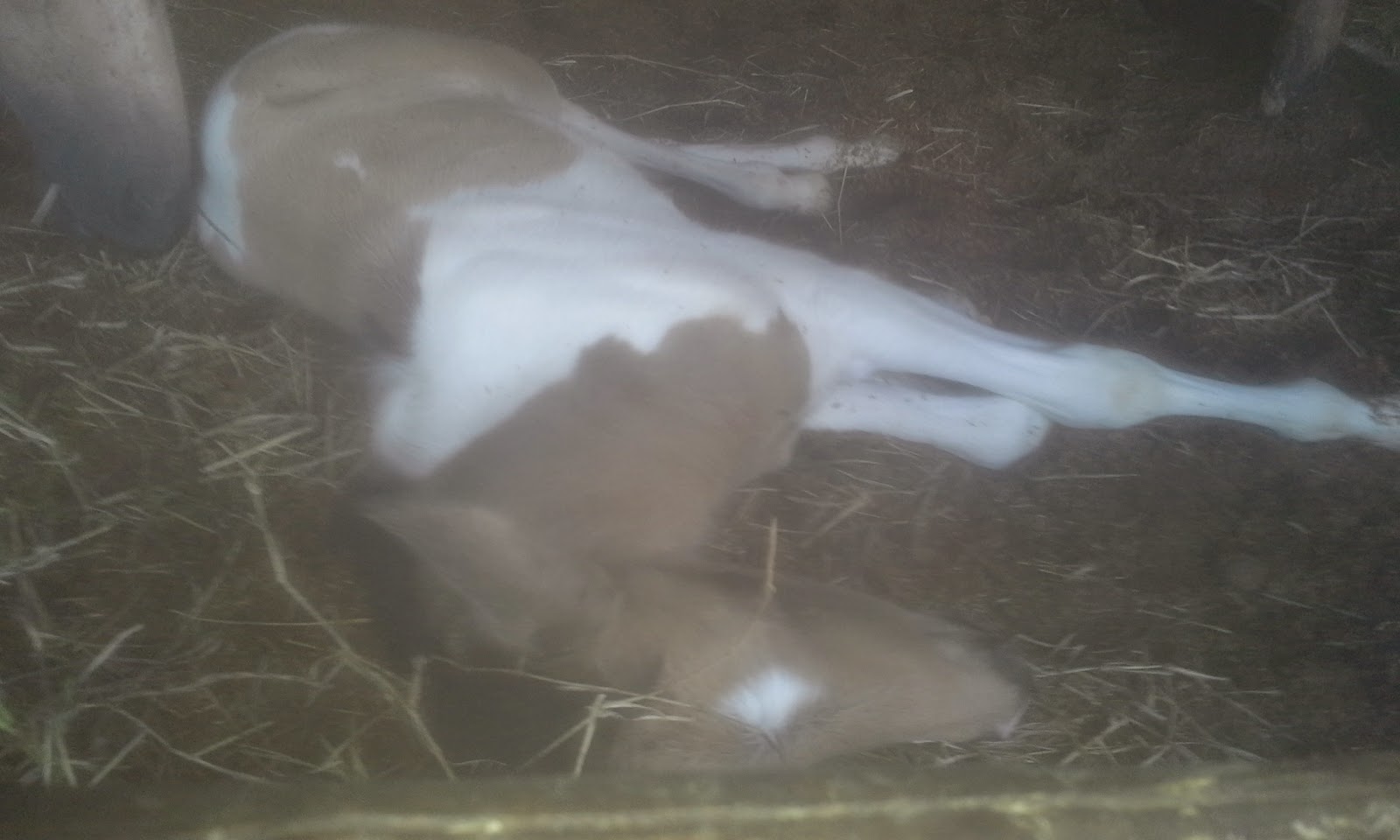 Going down one hill, she drove her mare forward and ended running up my gelding's rump and got kicked.  I felt badly as I usually can nip things in the bud before they occur, but I really didn't expect it that quickly.  Fortunately, the lady was OK overall, but I always hate people who blame things on the horses when that little mare really did try to figure out what her (clueless) rider wanted.

But I had a wonderful time and I would suggest someone that wanted a good ride in the Dominican to check them out. 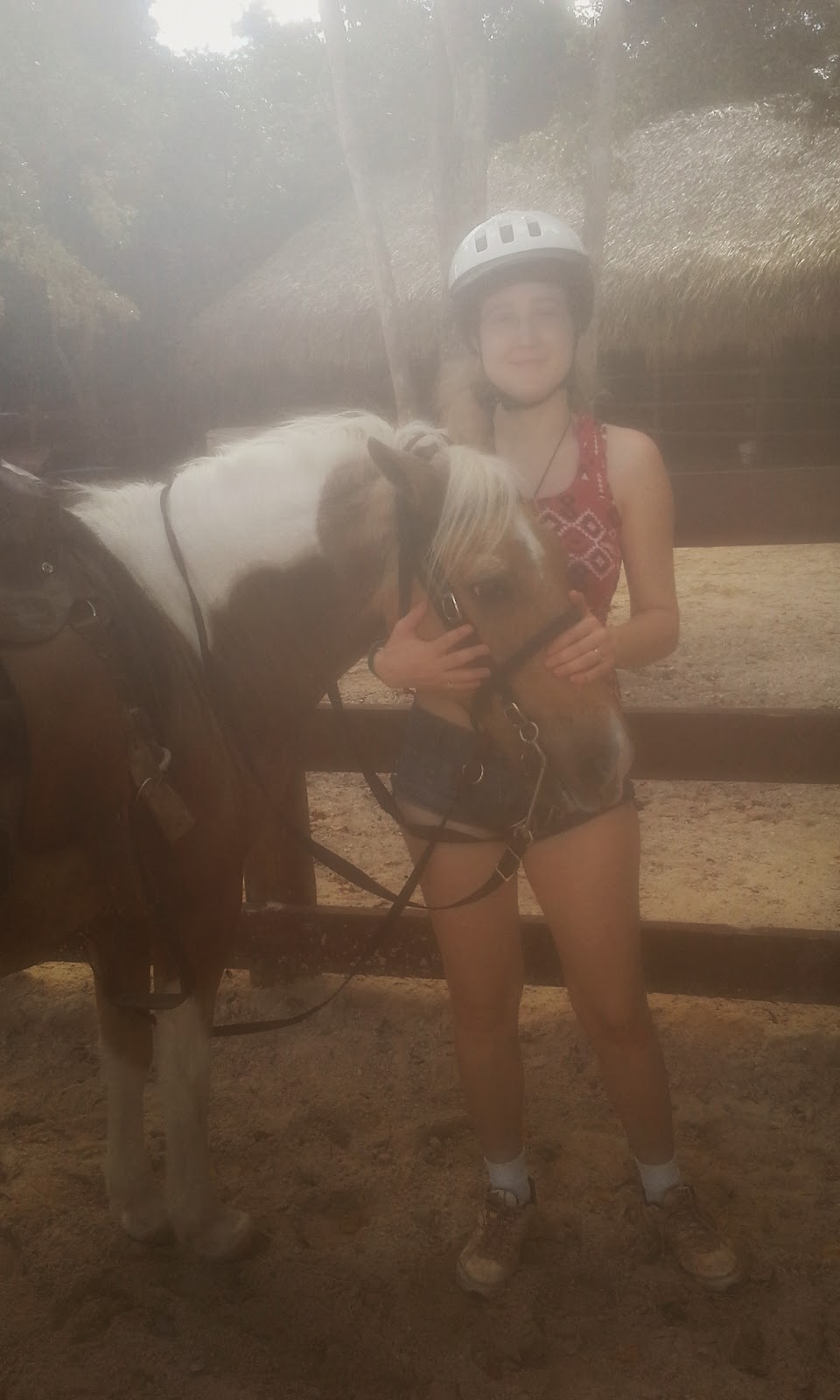 Today was a lovely day.  This work week was brutal.  Most days I start at 10:30AM and there were several days when the work was finished about midnight.

I managed to write a paper on Lyme Disease, whip together a powerpoint, do some worksheets, a couple of online quizzes, and put clothes on approximately five minutes before I needed to fly out the door before my classes on Thursday.

And tomorrow, it begins again.

But that's OK.  My soul is filled again with happiness as I saw my girls.

I rode Donni first.  Donni can be fussy in the bridle.  She spends the first 10 or 15 minutes of a ride trying to figure out if she can evade the bridle by poking her face out or dropping down.  My coach has described it as she has to tell everyone about woe is her and what a rough life she's had.

But with patience tonight she came around and we had some really nice trot sets.  She finally gave up on giving the evil eye and the sideways scurry at a marathon cart that sits in one corner of the arena. A good canter.

Not bad for time off horse.

On our cooldown, she was calm and relaxed.  I rode her gently on the buckle and just asked her with my seat to turn, stop and go.  I'll have to figure out how to add back in there sometime.  I'm sure it's possible, but something to work towards!

Chili was also well behaved tonight.  She is quite a bit different than Donni in that she isn't so fussy in the bridle as long as her hair isn't touching her ears.  Sometimes when she is unhappy about something, she does have a tendency to shake her head, but she doesn't spend time and time again being difficult about it once I put my leg back on her and tell her to knock it off.

Chili did have a minor skitter when we were trotting by one sliding arena door and a big chunk of sand hit the door.  She wasn't especially impressed, so after I was done riding tonight I spent about five minutes looking like a dork kicking sand at the arena walls until she yawned, licked her lips, and said it was enough.

It's a good reminder that despite the joy in riding a nice young horse, there's always work that should be done on the ground too to build up her confidence with weird sounds.  ;)  I occasionally forget since I really don't hear all these sounds that bother her.  Not particularly fair, I suppose, but thank you Chili for giving us more homework to work on.  :)

Both girls got the winter mohawks trimmed down and a bit of the long shaggy fetlock hair removed from their legs.  Can't wait until they are full blown shedding and look more like horses again instead of yaks.

Wish me luck for this upcoming work week!  It's a crazy life, but I am glad to have the horses that share it.
Posted by Semi Feral Equestrian at 9:17 PM 3 comments:

The Sun Was Out

The sun was out, the weather was warm, so I took some pictures. 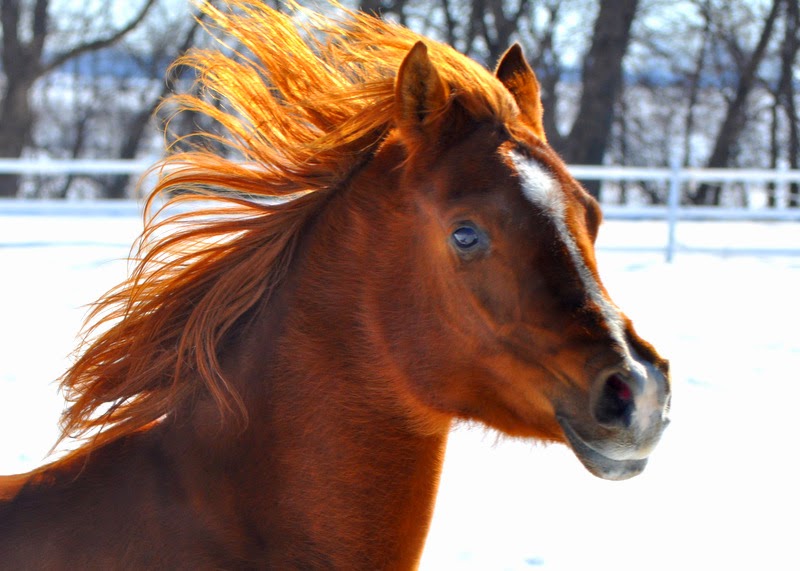 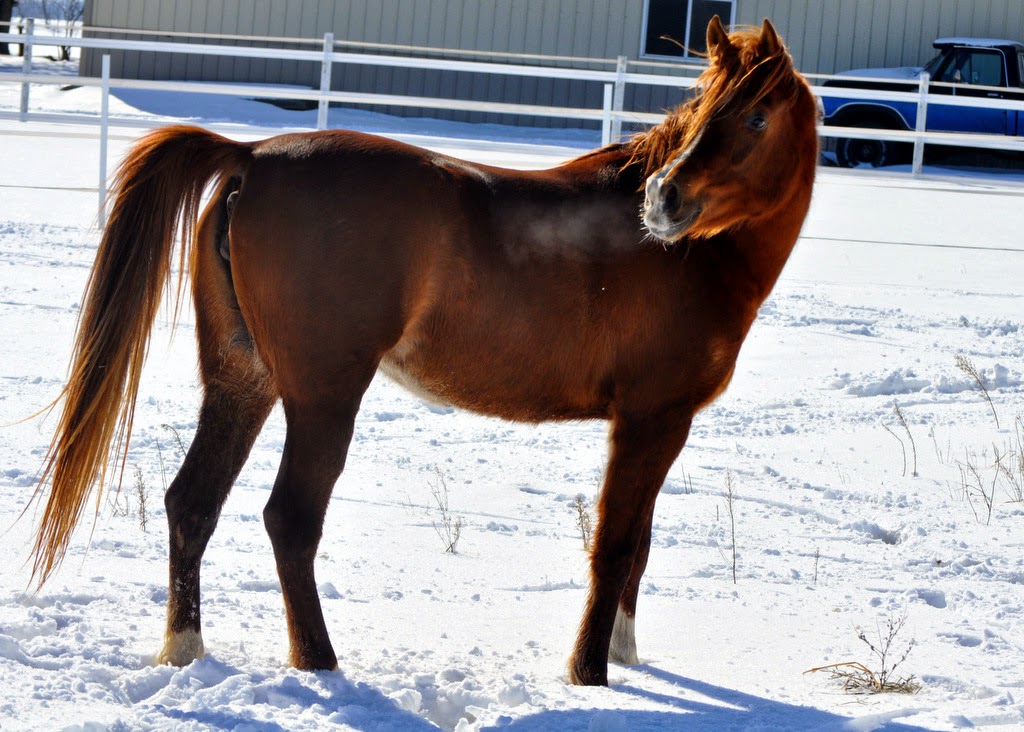 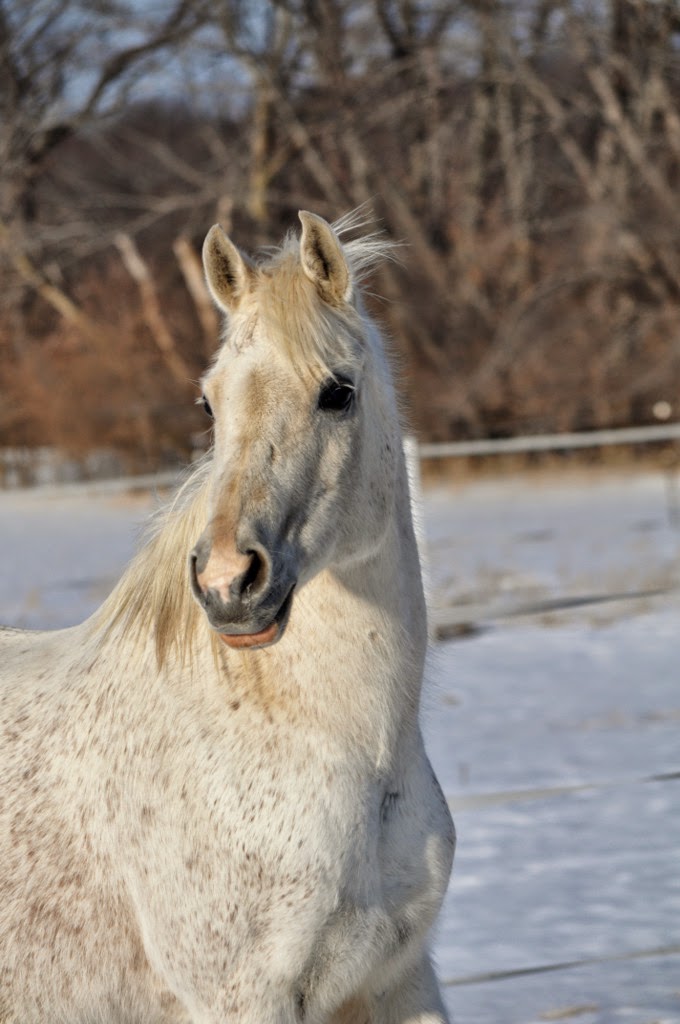 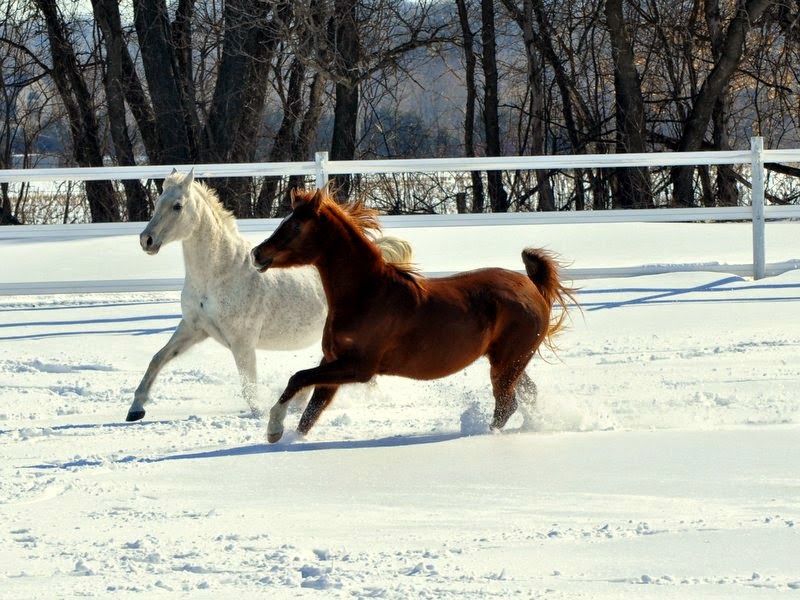