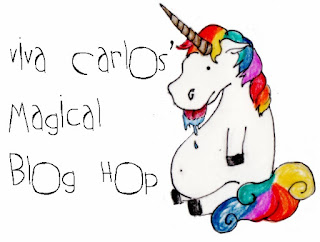 What horse related or equestrian related piece of knowledge did you believe was true for an extended period of time that turned out to not be true?

I was always told that Baucher bits generated poll pressure.

It was a bit of a surprise when presented evidence to the contrary.  I still see in many places online discussing if they exhibit poll pressure or not, however, I was given a study in which they did measure to see if there was pressure generated on the poll and it wasn't.  I'll have to see if I can find and link to the study.

Until then, here is a diagram from Bit Bank Australia that illustrates the principle of how you need a lever arm to generate poll pressure.

So reluctantly I have to say that I was just another obnoxious kid on the internet that was wrong and defending my professor's teachings.  Go figure, that my professor taught me something incorrect.  ;)

So what did you believe that was incorrect?

Hop on over to Viva Carlos to add your blog link or comment below.
Posted by Semi Feral Equestrian at 6:15 PM 4 comments:

In Pursuit of the Perfect Horse

Recently I have seen two important things circulating on Facebook.

One is a commentary in regards to doping in the hunter/jumper industry and how that it is commonplace which no one really thinks twice about.


The other is a photo of an Arabian hunter pleasure horse in a what appears to be a too tight flash noseband, draw reins, and a thin training snaffle.

Both point out that the we are in pursuit of the perfect horse.

How have we created a situation where horses cannot have any bobble?  Too much expression?  Not enough expression for the English Pleasure horses that have had cocaine drug violations!

Can we go back to the idea where the best horse may really enjoy his or her job jumping the fences?  Maybe the Arabian hunter horse for half a millisecond comes from slightly behind the vertical to almost on or in front of the vertical?

If a tent blows over, is it so terrible if it's OK if a horse flicks an ear, thinks for a second and then responds to his or her rider?  Isn't that truly the more responsive horse than the horse that requires so much equipment to be subdued that they truly never want to move his head off his chest for fear of punishment? 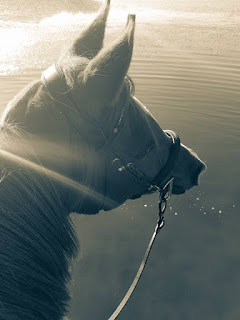 There's certainly teaching tools that have proper use in proper hands, but why even permit them on the show grounds?

In this era of camera phones and instant media, more information is being exchanged than ever before. My Facebook is littered with hundreds of friends sharing happy horse selfies, pony hugs, and other such images on a daily basis.  When it comes to show season, I see the show photos, and most bring a smile to my face.

But why even put yourself in the situation where the situation could be misinterpreted in the case of that Arabian hunter horse?  Why use equipment that isn't show ring legal.  There are many that are rushing to the defense of the unnamed rider stating that it is USEF legal to use in the warmup (true), the person loves the horse (no doubt), the photo doesn't show the real situation (perhaps).

But why use such equipment at the show grounds in the first place, except for the pursuit and appearance of a perfect horse.  But to me, that demonstrates that perhaps the horse needs a different job, more training, or a different judging standard where leniency is allowed for momentary bobbles.

I attended a clinic once with an upper level dressage rider who told me he had a horse absolutely blew a movement and received twos, which is basically stating nice try, your horse didn't even really do anything, but great job staying in the ring.  He still won his test and received a respectable score regardless of this major bobble.  I think that's the way these judged events should be.

Email ThisBlogThis!Share to TwitterShare to FacebookShare to Pinterest
Labels: Soapbox

One of Those Days

Horses are such fragile creatures.  A thousand pounds on top of a tiny springing foot.

They allow us to do incredible things to them and with them.  Strap things to them, climb on them, drag things behind them, pet them, cry into their manes, jump fences, and pull plows.

To some, they are just livestock.  They serve a purpose and are a piece of equipment.

To others, like my friend, they are a member of the family.  The first foal she welcomed into this world and sadly not the first she helped guide out of this world, but certainly one of the most important in her life.

The horse that introduced hundreds to horses.  The horse that was the patient teacher in the show ring, the lesson arena, and later as a therapeutic riding horse.  Veterans, children it didn't matter.  She took care of them all.  She was the grandmother to young weanlings in her patient ways.  They would try to nurse and she would gently nudge them and say, no there's hay over here.  Let's go.

What words come close to even saying what needs to be said?

Previously I had discussed part of my trip to Ireland.

Well, I decided to go back and sort through additional photos I took.  Here are a couple from last year. 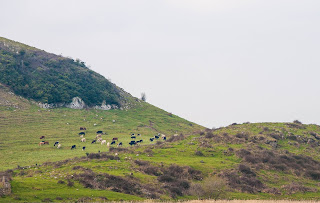 What does Amino Acids have to do with a Topline?


It's probably on a near daily basis that I see someone posting on Facebook asking how to build a topline on a horse.

If only it were as simply as going down to the store and picking up "topline" off the shelf and voila...magically there.

Usually, the same suggestion of exercise crops up, which is certainly true.  A horse needs to engage the muscles the pick up and carry the back in order to build a topline.  Some horses with genetic predispositions may be prone to having a soft or dropped back, but exercise is certainly a factor.

However, the first 49 times I saw this conversation, I usually chimed in with feeding a balanced diet and usually I ended up getting...as a response.


My horse is in XYZ training

My horse is too fat for grain

Or some other variation thereof, which is fine.  However, I wish people would be open to this basic thought process.

Amino acids make protein.  Protein is a building block of muscle.  Muscle is part of the topline.

Amino acids are found in varying amounts in foodstuffs.  Mammals need nine that they cannot synthesize themselves.  Each one has a role to play in order to build protein needed in the body and they must be present in specific ratios.  If one is lacking, the building stops.

Prior research indicates that the most limiting one in horses is usually lysine, so lysine supplements are readily available.  This is great in theory, since supplement lysine and the horses should be good to go...except if the diet is lacking in the rest of the amino acids, you are back to square one.

I just read an artice from thehorse.com that began scratching at the surface of this topic wonderfully in response to "Will Whey Protein Improve Topline?"

I just wanted to present a brief except to think about and digest.
Grass hay is made up of medium- or low- quality protein and does not provide a great deal of lysine. This is particularly an issue if you limit your horse’s hay intake. Alfalfa, on the other hand, provides more lysine, so its protein is considered to be of better quality. Many performance horse owners I work with believe that they see a benefit in their horse’s topline when they feed some of the forage ration as alfalfa, and this might be part of the reason.

Another complicating factor associated with hay protein is that the more mature a hay is, the more protein is associated with the structural carbohydrate fractions. This is potentially important because protein digestion and amino acid absorption needs to occur in the small intestine. However, structural carbohydrates require microbial fermentation to be broken down to release the protein contained within. Microbial fermentation occurs in the hindgut, which comes after the small intestine. Therefore, any protein and amino acids released at that point have missed the opportunity to be absorbed and instead are converted by the bacteria to ammonia. So, while a hay analysis can suggest a particular forage has adequate amounts of protein it’s possible that not all that protein is actually available for the horse. This is likely a bigger concern for grass and grain hays because alfalfa has so much more protein and tends to have higher digestibility.

So for those thinking about toplines and what else could help, consider what you are feeding.  Is it balanced?  Is there a good source of protein?  Usually I suggest at least seeing if the ration is balanced with a ration calculator like FeedXL or at least feeding the recommended amount on the feed label.

What about you?  Is balancing your feed of interest?  Do you feed a ration balancer or other mix aimed at getting that "perfect level" of nutrition?
Posted by Semi Feral Equestrian at 7:04 PM No comments: