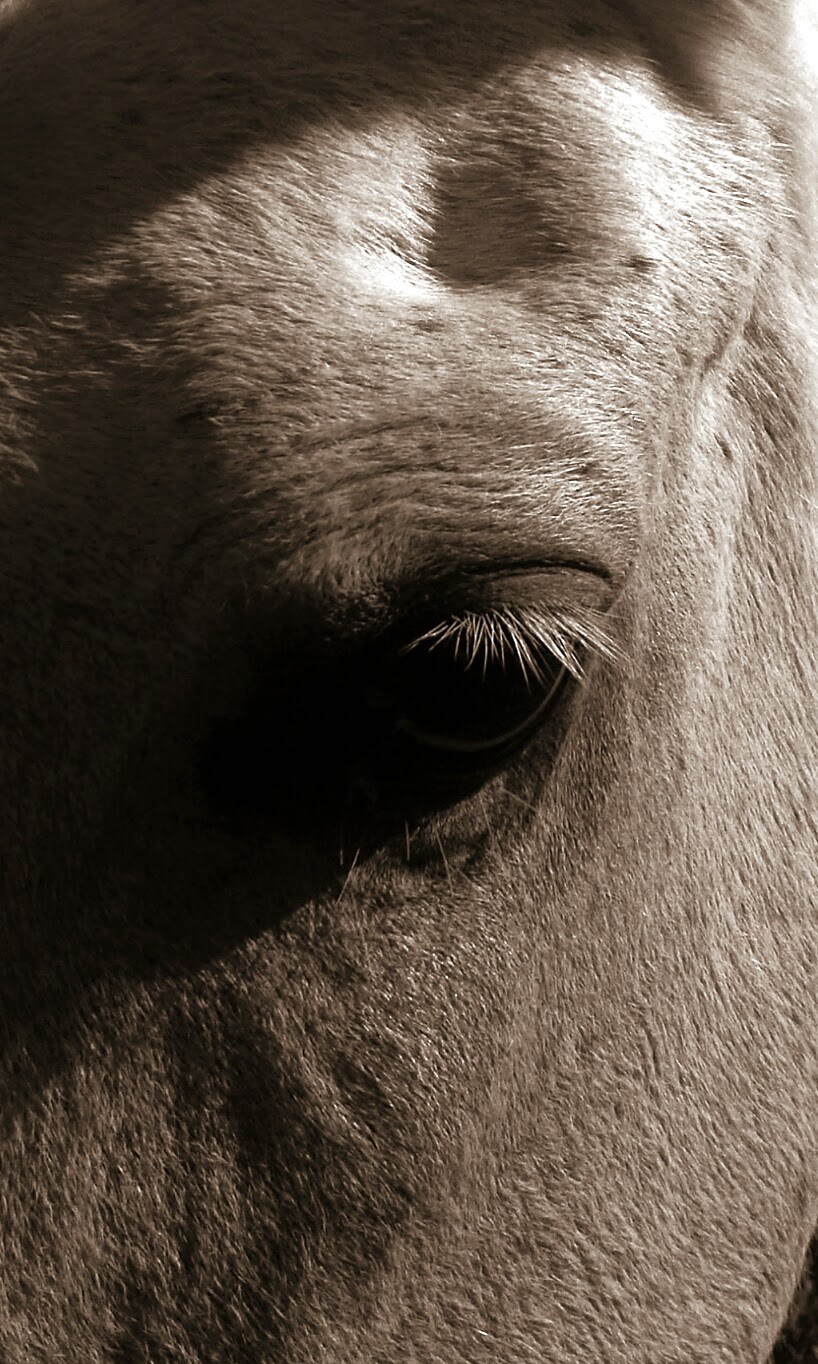 Last week Friday, I had the vet out to do a dental on the filly.  I was a bit concerned as she had a few issues with just seeming "off" and a bit uncomfortable.

Turns out she had a loose cap that was just stuck enough to not leave her mouth, but was obviously bothering and irritating her for quite some time based on the wear pattern that was occurring in her mouth.

So cap was removed, a quick peek through to lightly balance the rest of the mouth and the filly was on her way. 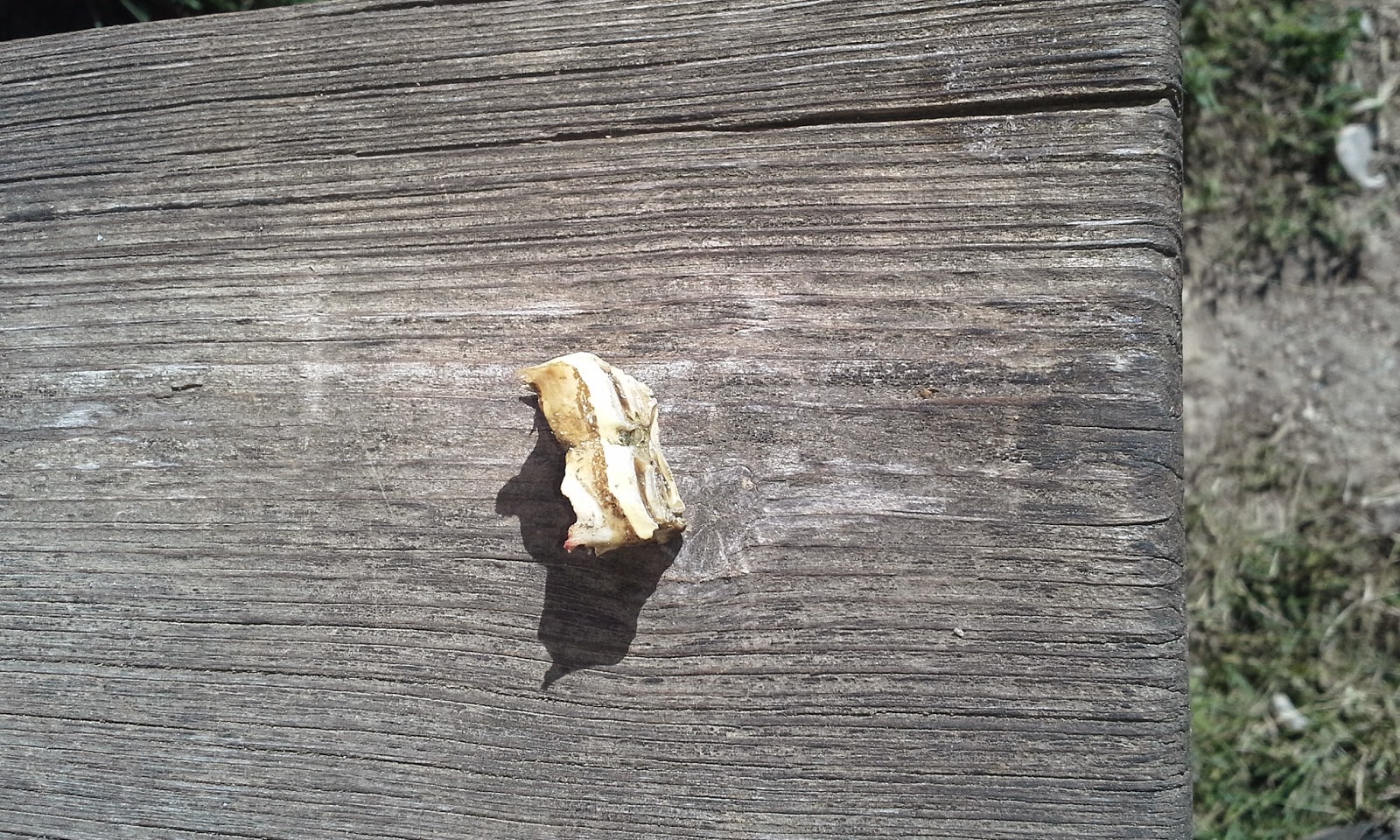 Saturday, I had my final exam.  It went fine.  Wasn't spectacular, but wasn't terrible either, so there you go.  I think my overall marks in the class are still about 91% more or less, so I'll take it.

I was called into work on Saturday.  Thursday & Friday had some issues (ie the days were longer than 14 hours!), so I went in Saturday for about five hours to do some damage control.  I suppose more money to pay for the horses and school, right?

Today was my first day off from my real job to go play in the hospital, drawing blood.  I am not an easy draw, so I get pretty anxious drawing other people.  I suppose I associate my pain with drawing onto other people.

But, I survived my first day working on people besides my hapless classmates.  The patients were good natured (always a plus) and slowly developing confidence.

But in so many ways, it's like schooling a horse.  Break down the steps, set up for success, practice until it gets easier, don't dwell on the mistakes.

So wish me luck.  My internship is only for this week and & I need 100 draws.

But after a (short) eight hour day in the hospital, I had the luxury of visiting my girls tonight.  It was pouring rain, miserable and dark, but I didn't mind.  I rode the filly and she seemed happy to be back at work.

What a good little girl.

I am looking forward to getting more hours in the saddle this week!  If I am taking time from the real job, I might as well be smiling and doing something else I love during this time.
Posted by Semi Feral Equestrian at 6:52 PM 3 comments:

As I am sure many horse people know, hall of fame racehorse Cigar died yesterday after surgery.

I was lucky enough to meet the handsome stallion at the Kentucky Horse Park several times over the years.  The first time I believe I was 14 or so.  I would have to look back at my old photos, but I even had the chance to have my picture taken with him. 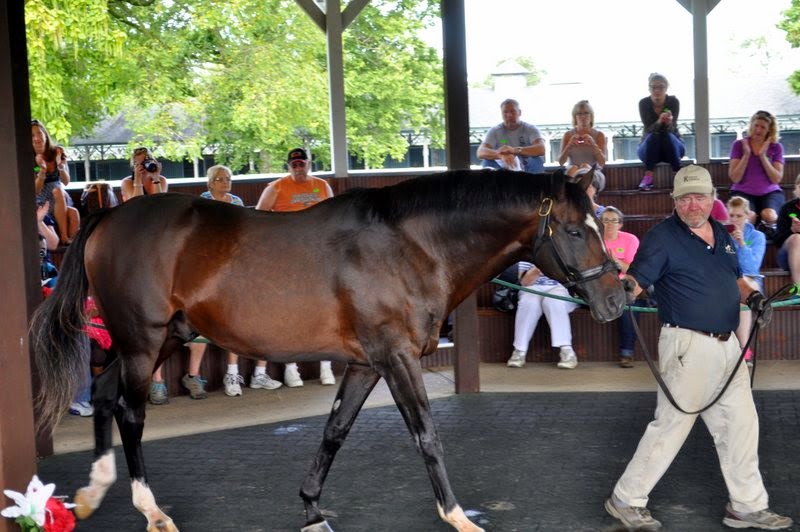 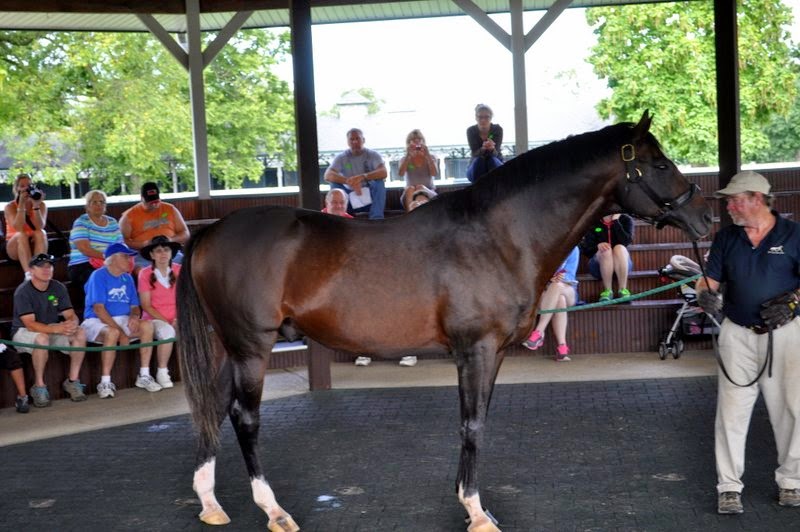 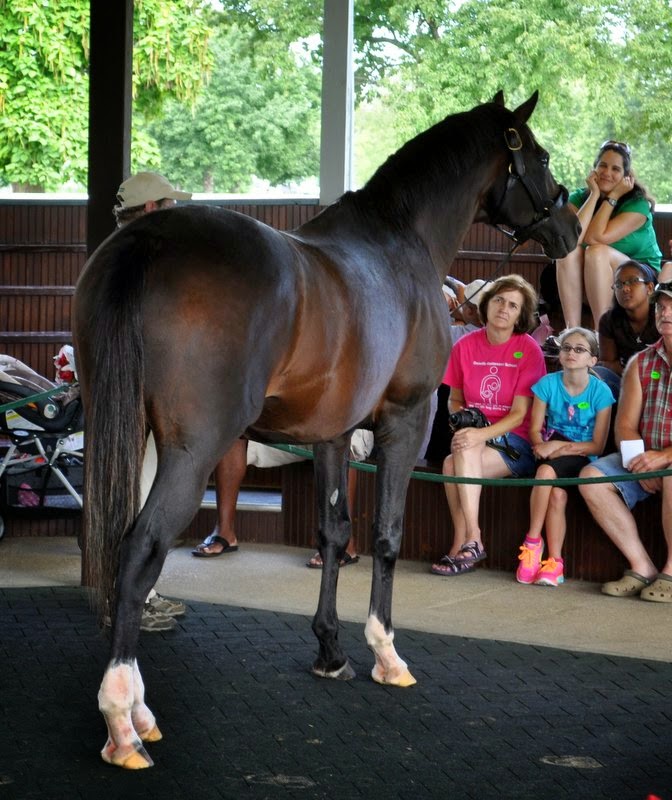 Godspeed Cigar.
Such a magnificent athlete and awesome ambassador at the Kentucky Horse Park.
Posted by Semi Feral Equestrian at 9:22 PM 4 comments:

I ordered a couple of photos from the show I took the filly to in June from the photographer. 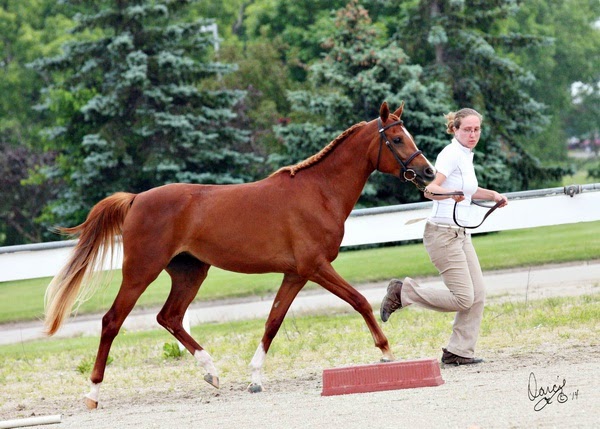 She is kind of derpy in the photo, but I thought it shows how sweet and how much I think she enjoys being with me....or maybe she's just in it for the treats.

I thought I'd share once again what I've been up to...

I can now differentiate a blood smear in under ten minutes.  I think I'm planning on counting white blood cells in my sleep.

Did you know there are red blood cells that are "bizarre", as in not weird, but that's actually a descriptor.  I didn't originally, but as of the last quiz, I do now.  ;) 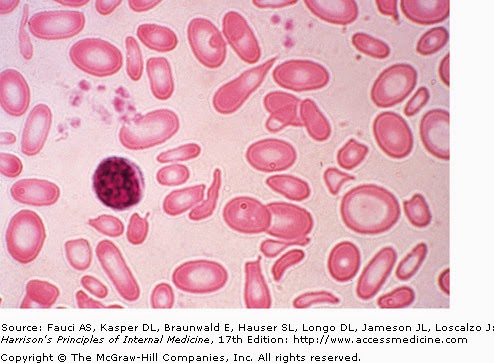 The above image is supposed to be red blood cells.  I would aptly call of the above cells "bizarre."  ;)  FYI, often associated in people with severe iron anemia.  Keep that fun factoid tucked away for the next excuse at trivia.

Besides that, the Mare seems to be back in action. 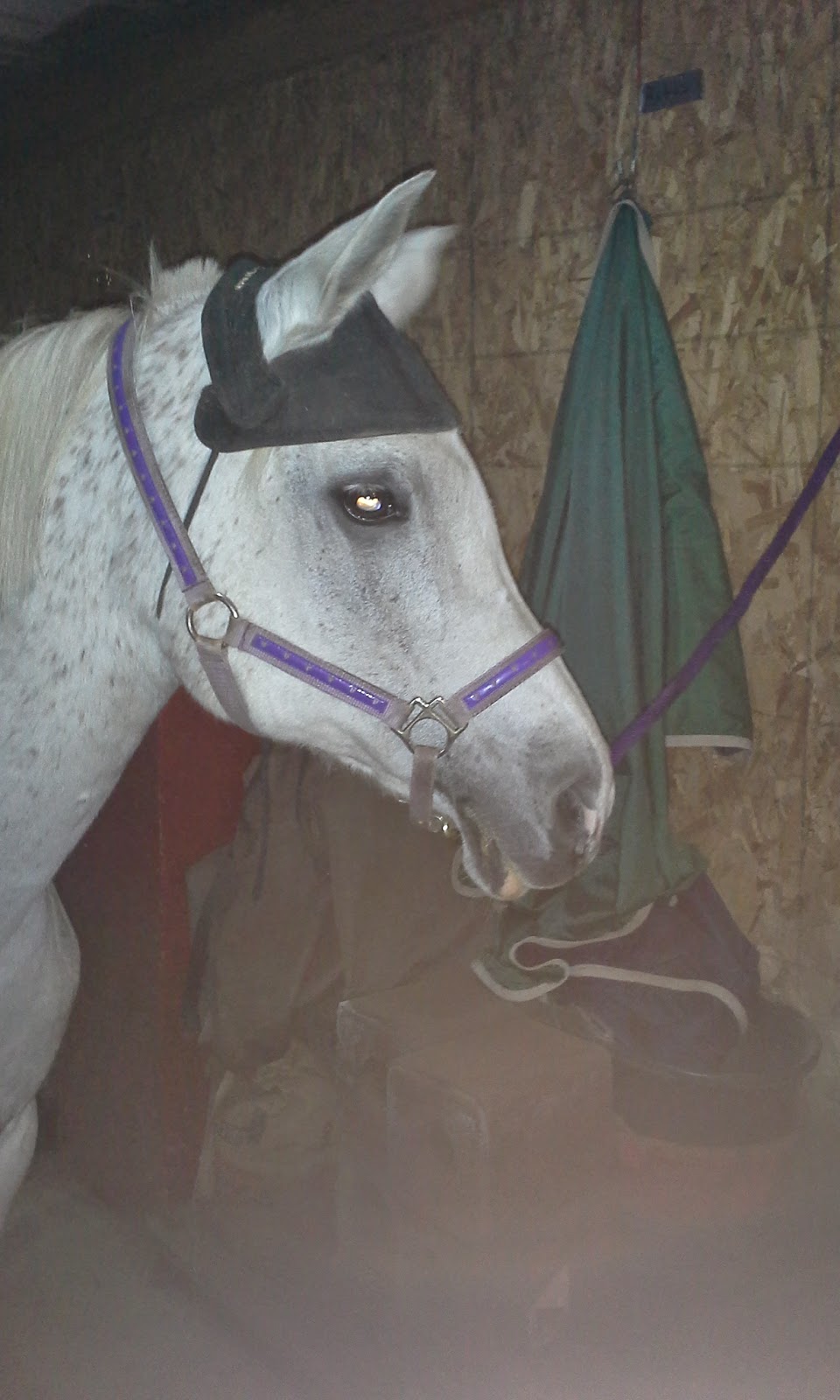 I am always surprised when more people haven't asked about the hat yet.  There are quite a few new boarders, so I am sure they are still trying to feel me out to see if I really am nutty enough to put a hat on my horse for no reason.

If anyone is interested, it's a Back on Track poll cap.  I really think it's nice and helps horses with cervical type arthritis and that are stiffer.  I think the Mare warms up better in it and is a lot more happy to accept being on the bit.  So there's my half penny review on it.  :)

The filly is still having time off until the vet comes out again, but I decided to go again and lunge her and she seemed to be moving out well.  I put some some baby trot poles and she trotted over them happily a few times and then decided to see if she could just walk over them instead...or try and canter and that didn't especially work.

I think the filly just likes to have a variety of things to do.  I am looking forward to dragging out some different objects this winter.  We have a bicycle at the barn, tinsel, and some other random objects.  As much as I don't really want winter to be here, it is a nice time to reinforce (or in my case) introduce some different objects to build up her confidence in strange situations.

Final exam on class #4 this Saturday.  Crazy to believe that since August, I've completed four classes already.  The program is accelerated, but sometimes it's hard to keep up with even what I'm doing.