Practice random acts of kindness, as you never know when you may be the recipient of such kindness.

Occasionally I like to email people and ask questions or give them my thoughts.  After all, I am a scientifically minded person and I enjoy working through problems, reading more information and seeing how the process goes. 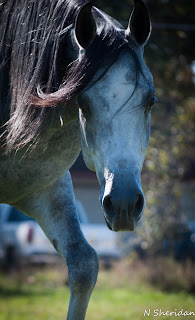 A local gal I know posted online about her positive experiences with a trainer Ray Ainsworth.

Ray does not train horses; he teaches them in a way that makes him one of the world’s most unique horsemen. He has found that through communication and non-violence, horses learn faster and retain the information longer. Ray’s approach is based on the fact that horses have their own language and are capable of communicating a wide variety of messages. All horses know it. So does Ray. And so can you.

So basically, he is a colt starter, problem solver type person.  So I emailed him, because one thing with Chili is usually quite impossible and that is ear clipping.  We have drugged her until her head was to her knees and then had to twitch her to get them done.  Certainly not pretty.

I had tried the advance and retreat issue to get it done.

I had even tried clicker training.

So I emailed Ray. I  figured it couldn't hurt.

Within 24 hours he emailed me back.  He later called me to try and talk me through is process.  He then asked where I was at.  Turns out, I was nearby where he was giving a clinic.

He told me he would stop the next day and show me.

Well, I was surprised because, indeed he did show up.

And within twenty minutes, he had Chili's ears clipped.  Seriously.  I was so very surprised.

It was a mixture of pressure and release.  Basically, he worked her in hand for a few minutes, establishing body control and to see what she knew.

He had a pair of cordless clippers and got as far up her neck as he could.  When she started getting claustrophobic and fighting, he had her back up.  Initially, the backing confused me.  It seemed that she was getting a reward, ie escaping from the pressure of the clippers, but as Ray explained it, she was still working hard backing up, but it was giving her a chance to decompress and feel that she could still regain some control over her fears.  Restraining her would have caused her fear to increase.

So when she wanted to quit backing up, back to the clippers.  When she showed signs of relaxing (dropping head, licking and chewing) with the clippers, he removed the pressure of the clippers.

He also suggested on how to ease the vibration of the clippers by holding my thumb on the bottom of the blade and firmly holding the base of her ear to kind of puff the ear fuzz out.  In doing so, it made her less ticklish and anxious about the situation. 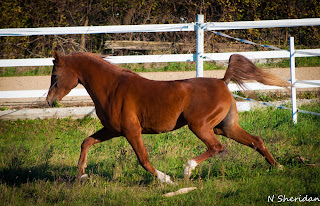 Even more incredible, was that Ray never asked anything from me.  He just happened to stop by and I am so grateful for his help.  I certainly couldn't afford to pay a large sum for a typical problem solver to help work through my issues.  He certainly seemed in it to help the horse.

So thank you Ray for the keys to try and advance my horsemanship and understanding of how to work through a snag in our relationship.

Close but No Cigar (or Trailer!)

I have been on the hunt for a new (to me) trailer.

My husband sold my very ancient, but well cared for tiny two horse-70s style trailer a month or so ago.

So we've been on the prowl since.  The hunt has been narrowed down to catering to The Princess's preference of a slant load, ramp trailer.

The Princess, would be Chili.  Donni loads just fine.  Chili decides that she doesn't like tiny step up trailers, but happily loads at minute in any ramp & slant load. Who do she think she is?  ;) 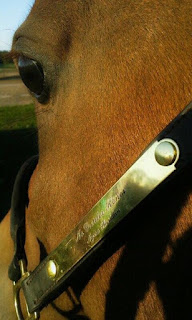 So, my husband in usual fashion was cruising Craigslist.  We found a trailer about an hour and a half way that seemed to tick all of the boxes: well cared for, slant load, dressing room!, and a ramp in our price range.

Called & scheduled an appointment and drove there with cash and truck in hand.  Only, we then found out that there was a couple of people that showed up minutes before we did.

They decided to buy the trailer while we were standing there awkwardly.  Oops.  I don't have enough social skill to figure out what to do or say in these situations.

So, I suppose, close, but not yet.  Hopefully our trailer searching adventure will end someday.

On a slightly different note, Chili's leg is healing well.  It has gone past looking absolutely gnarly, to just mostly missing skin and is granulating and growing back well.  OK Chili, time to relax on the vet bills for a while!
Posted by Semi Feral Equestrian at 6:20 PM 2 comments: