If anyone noticed my absence...

My one cat is completely indifferent to my return as well.

But I was in South Dakota & Wyoming for a week.

I did however, try to make my week escape somewhat horse related. 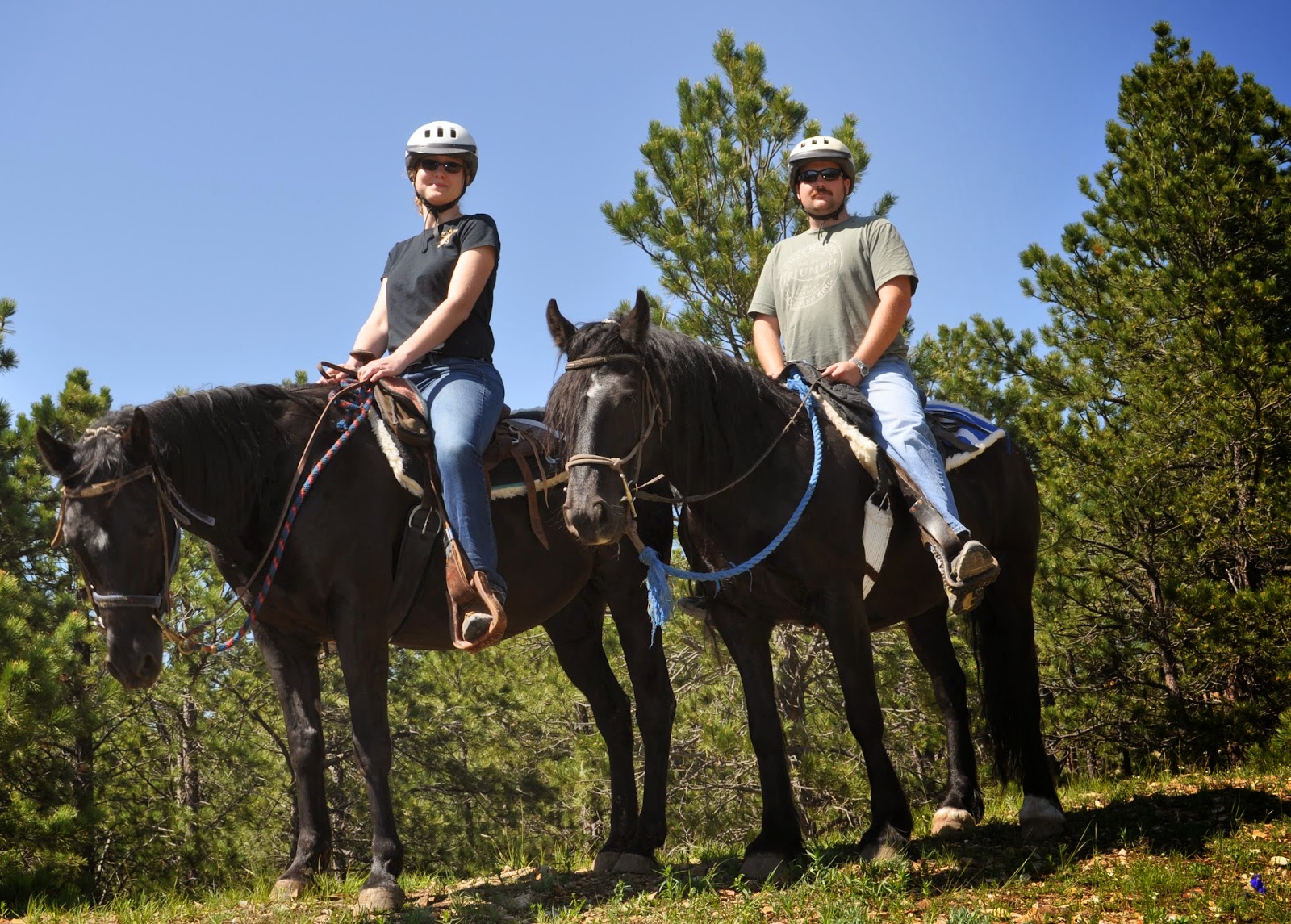 The husband and I took a two hour trail ride in the Black Hills.  They are some twisted rugged hills filled with switchbacks.  It had rained off and on for several days, which apparently is quite unusual for this area.  The downside of the rain was that it made some of the footing a bit slippery.

My mount was a black foundation Quarter Horse mare named Shadow and the husband rode a 3/4 Friesian 1/4 Shire gelding named Patriot.  Both are owned by the woman who took us out on the ride and well trained.  She also rides Patriot sidesaddle in parades and all over.  Pretty cool. 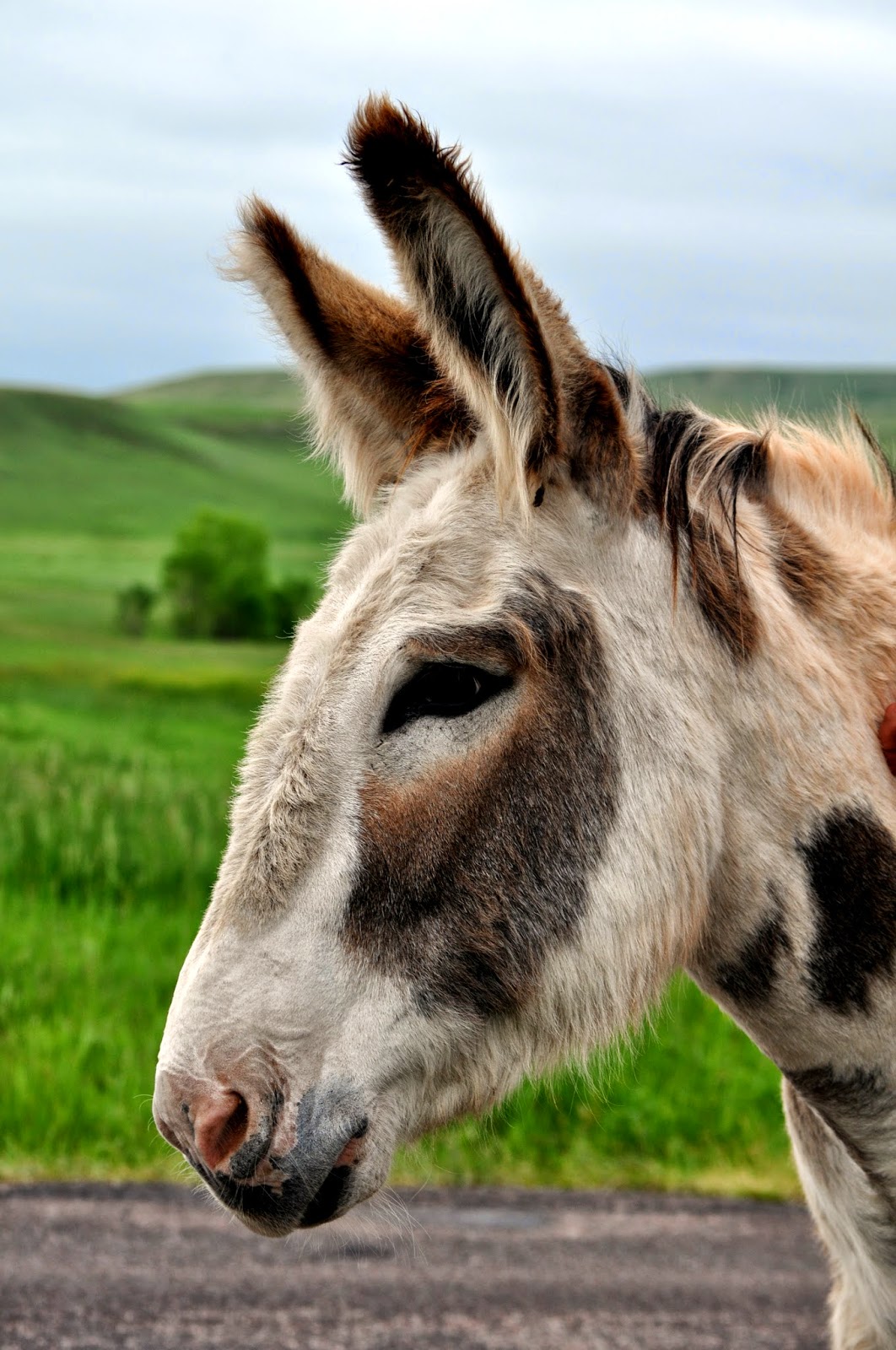 We also spent some time in Custer State Park.  There is a herd of wild donkeys living in the park.  They are the feral descendants of donkeys formerly used to carry tourists to the top of Mt Harney, which is one of the tallest points in the US.

This is a lovely spotted jenny.  She also had a foal at side. 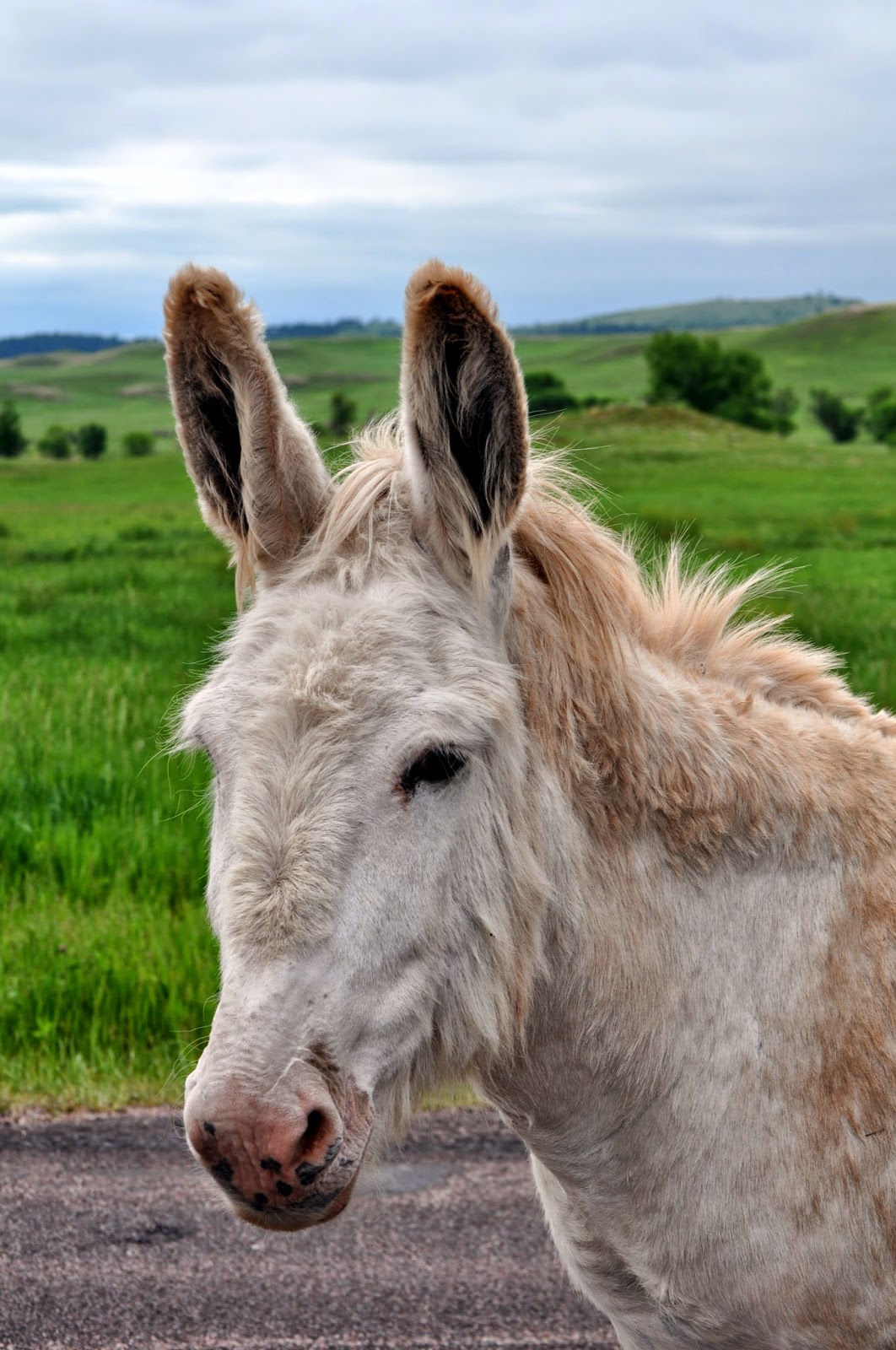 Quite an usual adventure!

Let me know readers if you'd like to see a non-equine related post.  I took a lot of cool photographs that I wouldn't mind sharing if anyone would like to see.
Posted by Semi Feral Equestrian at 6:31 PM