The last few months have certainly brought change and stress to many of us. The pandemic, riots, protests, strange weather, and more. 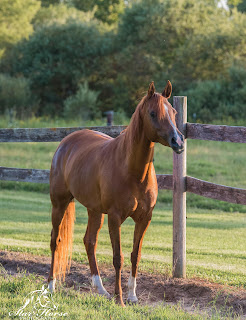 In April, Chili had an accident which has left a lot more uncertainty into our daily life.

The story from what I've been able to piece together goes something like this. Chili was wearing a turnout blanket due to the crazy Midwest weather. She was turned out in a small drylot which was split in half with round panels and a walk through gate. Perhaps she decided to itch up on the gate. Who knows. But one of the pins that holds the panels together went through piping on the edge of her blanket and she got caught. She was apparently pretty calm about it at that point and time, but when someone noticed she was stuck, they jumped into action. Unfortunately, this startled her and she set back.

Well, the panels weren't anchored to much very solid and flipped up over and top of her. I do think it is a fairly typical horse response by this point to bolt if one is wearing a gate after something jumped over a fence at you.

Unfortunately the next fence in question was high tensile wire, which she hit and broke. Fortunately, it didn't severely lacerate anything.

I came out about forty-five minutes after the initial accident and she just looked upset and sore. She was in her stall and then she just started looking even more lame and was hopping on three legs. I may have cried at that point and called the vet out.

She was pretty bruised. A big hematoma on her neck and wire marks where she hit the high tensile. Scrapes on her hind legs where she must have kicked off the round pen panels. She was lame.

The original verdict was to just give her time to rehab and heal. Unfortunately, as of this point, she still isn't quite sound. A few vet visits later and there is still nagging lameness and a very sore pelvis. She has a few white hairs that have grown in over her croup which I can only imagine came from the trauma of the panels. 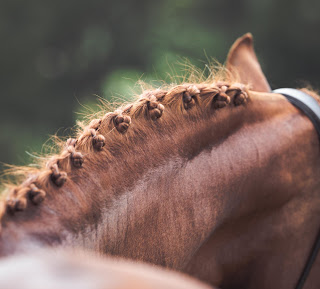 The current game plan is to start her back lightly under saddle with an emphasis on trying to mobilize the pelvis to see if favoring one side for a couple months created more of a mechanical issue, rather than a pain related issue. The vet also suggested additional chiropractic and/or accupuncture work.

I am also planning on adding in some PEMF sessions and whatever else I can scrounge up. At this point, I don't think it can hurt.

It's been quite an interesting adventure so far. Some horses just seem to make poor life choices.
Posted by Semi Feral Equestrian at 5:29 PM