Adventure with the Lameness Locator 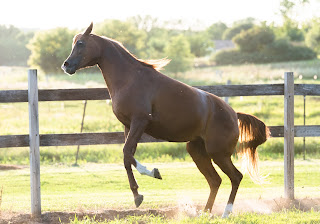 As previously mentioned, Chili had an accident in April. Initially vets had hoped the tincture of time would help with most of the initial contusions and injuries.

Then after radiographs showed no real issues, I put her back into work, which helped some secondary issues that had cropped up after she had been sedentary for a while.

But there was something still not quite right. She was a little bit shorter on the right hind and toe dragging at times. After a bit of schedule rearranging, I booked her in for a secondary lameness evaluation with a veterinarian I have previously worked with and really liked. This veterinarian does primarily lameness work and has some nice equipment to aid in her work, in addition to additional training in complementary modalities like VMST (veterinary chiropractic) and acupuncture.

One piece of technology that this veterinarian utilizes that I was interested in was the Equinosis Q Lameness Locator system, which was created at the University of Missouri and then eventually spread into a format that trained veterinary practitioners could utilize in the field without a treadmill and slowmo cameras.

This system has a poll sensor, a leg sensor, and a croup sensor. The sensor on the leg is a gyroscope and the other two sensors measure X and Y axis in space relative to the start of the stride. The data is streamed to a tablet, run through an algorithm, and converted into a visible graph.

It is meant to be used in conjunction with a thorough lameness exam. The vet had Chili trotted on a straight line, slight serpentines, on the circle, and after flexions. 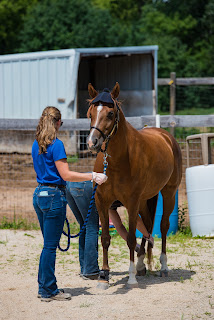 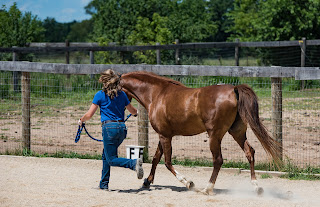 Being trotted after a flexion 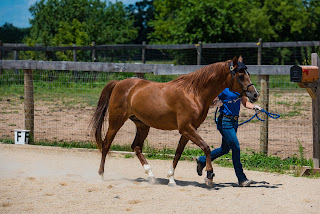 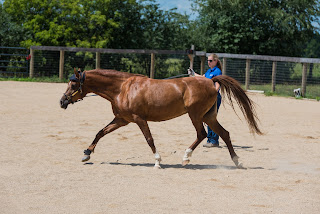 Trotting on the circle
The scientific nerd in myself thoroughly enjoyed seeing the data, in addition to have more quantitative evaluation of the lameness. For Chili, she had a hip hike, which correlated with a right hind limb lameness. She did not have additional severity of lameness after stifle and hip flexions on the right hind, which indicates more of a likelihood of a SI pain or higher above the hock pain on the right side.

In the trot photo above, you can also see the right hind lameness as indicated by the toe drag and the broken trot on the circle.

For Chili's case and with her case history, we decided to proceed with several shockwave treatments of the right side of her gluteal muscles/hamstring and see if that improves her lameness. If that doesn't generate improvement, then onto plan B and C.

For those that want to know more about this system, I found this video to be quite helpful!

Posted by Semi Feral Equestrian at 8:57 AM